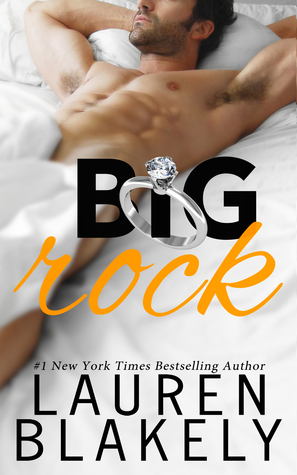 It’s not just the motion of the ocean, ladies. It’s definitely the SIZE of the boat too.

And I’ve got both firing on all cylinders. In fact, I have ALL the right assets. Looks, brains, my own money, and a big c*ck.

You might think I’m an asshole. I sound like one, don’t I? I’m hot as sin, rich as heaven, smart as hell and hung like a horse.

Guess what? You haven’t heard my story before. Sure, I might be a playboy, like the NY gossip rags call me. But I’m the playboy who’s actually a great guy. Which makes me one of a kind.

The only trouble is, my dad needs me to cool it for a bit. With conservative investors in town wanting to buy his flagship Fifth Avenue jewelry store, he needs me not only to zip it up, but to look the part of the committed guy. Fine. I can do this for Dad. After all, I’ve got him to thank for the family jewels. So I ask my best friend and business partner to be my fiancée for the next week. Charlotte’s up for it. She has her own reasons for saying yes to wearing this big rock.

And pretty soon all this playing pretend in public leads to no pretending whatsoever in the bedroom, because she just can’t fake the kind of toe-curling, window-shattering orgasmic cries she makes as I take her to new heights between the sheets.

But I can’t seem to fake that I might be feeling something real for her.

What the fuck have I gotten myself into with this…big rock?

I don’t even know where I even found this book, but the synopsis instantly intrigued me. A cocky guy who thinks he’s totally it? I would want to check it out and see if he’s really as cocky as he is. So, on a Sunday afternoon I decided to start this book and when it was a few hours later I already finished it. This book totally surprised me.

The main character is Spencer Holiday – a cocky, arrogant guy who is a total playboy. What surprised me was that Spencer was so hilarious. He made remarks that are priceless. Because of this, I didn’t mind his arrogance. Reading from his POV wasn’t hard, even though he talks about his dick A LOT. Sometimes I wished he would put it down a notch and actually talk about other stuff but oh well, boys will be boys, won’t they?

So, Spencer’s dad owns a jewelry store and wants to sell it. Spencer wants to do his dad a favor so that the potential buyer will definitely buy him out. But what is that special favor? Spencer comes up with this total perfect idea of saying that he and Charlotte, his best friend, suddenly have been dating for a month and are engaged since yesterday. Everybody totally buys it – but there are a few of bumps along the way.

First of all, Charlotte doesn’t know of anything at all, and he still has to convince her to help him. Charlotte eventually gives in and tada – they’re faking their relationship. I LOVE this kind of story and I couldn’t wait how it unravels for Spencer and Charlotte. So when they agreed to be fake engaged for a week, I suddenly felt some kind of tension. Like, a sexual tension. And I didn’t mind this because Spencer and Charlotte seriously have THE BEST relationship ever. Their chemistry is off the charts and they’re moments together were, well, perfect.

So when they’re in their fake engagement – they begin to develop feelings for each other, well I personally think those feelings were always there but they both suppressed them. Spencer wasn’t afraid of admitting his feelings and I really liked this about his character. Even though he is cocky and a playboy – he dares to live up to his feelings.

The book in his whole was perfect – nothing bothered me and I enjoyed all of it. I was even hella satisfied with the end. So, if you want to read a romance novel with an arrogant main character, fake relationship, best friends to lovers story and with passionate moments so heated your ears will melt off – you should definitely pick this one up.