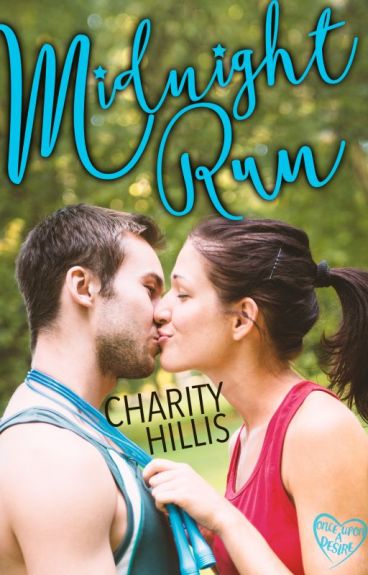 Once Upon a Time never felt like this… Running, coffee, and New York City: Nora feels like she’s got it all. But when this barista meets Kingston, a handsome Texan, she realizes the one thing she’s been missing is love. Kingston doesn’t want to admit that he’s looking for a fairy tale, and he sure didn’t think he’d fall for two women. But what he doesn’t know about his running buddy and the pretty barista might surprise him. MIDNIGHT RUN is a contemporary romance inspired by Cinderella, and it’s the first book in the Once Upon a Desire series. Once Upon a Desire: contemporary fairy tales with a pinch of spice.

For today, I thought I should change it up a bit. Since three weeks (I think it is three, yes) I got a idea to write a story, so I dived in and begun! I already had a Wattpad account (if you want to follow, my username is raisingmybook), and due to my story writing I am now back online on Wattpad. This means I’m also back to reading Wattpad stories. I was searching the romance genre and that’s when I found ‘Midnight Run’. I’m that kind of person that reads a book only if the cover is cool/beautiful/cute (even if I don’t know the synopsis) so I started reading Midnight Run.

The thing that really surprised me was Charity’s writing style. It was so easy to follow and so skilled! I was stunned. I honestly didn’t expect this developt story telling from a Wattpad author, it looked like the writer did it for years, aka was an expert. This was so cool! Due to the writing style I couldn’t stop reading.

The loved the surroundings: New York. I could really imagine everything and it felt like I was there in New York, too. It was also nice to see New York in midnight 😉 (Midnight runners, eh?)

This story has two main characters: Nora and Kingston. They were both written from first person. Nora was a fun character and she was easy to follow. She was reasonable and she didn’t annoy me once. I  loved Kingston, he was very pleasing.

The thing I loved the most about this story was the story line. At first I thought everything went way too fast, but I judged too early! I loved how the story was paced. It wasn’t slow, but it also wasn’t too fast. It was just right!

The only thing that bothered me a little bit was the ending, because that was somewhat anticlimatic and I pity that. I would have preferred another ending and that’s probably why I give Midnight Run 4,5 stars.